Freediving fins come in all length, stiffness, and materials. What are the differences? Which one is the best for you? Let Danny, the creator of Continuum Fins, explain to you the science behind freediving fins.

Why are some people’s fins longer/stiffer?

Fins, the longer the better?

Not necessarily. It how you use them that matters. It seems a lot of people have the belief that longer fins will give more thrust. And in a way that is correct. But if they are too long they will become difficult to control and keeping good technique is impossible. Technique is everything. You could have the most theoretically efficient fins, but if you aren’t using them correctly you aren’t going to get any benefit from them, and you sure aren’t going to enjoy using them.

What are the features that a pair of good fins should have?

A good fin feels as though it is part of you when you dive – you get the feedback from it, but you don’t have to think about what you are doing. They should encourage the diver to use good technique without having to think about it too much. The stiffness distribution along the fin is critical for this. You need to be able to feel what the fin is doing and get that feedback from how the fin is moving.

The difference is the cost, mass and damping of the material.

Plastic fins are a great entry to the sport – they are cheap and easy to find without going to a specialty shop, but the performance is going to be limited. Carbon fins are more expensive and are suited to the the more advanced diver who is looking to get the best performance from their equipment. Fibreglass fins are somewhere in the middle – More expensive than plastic, but not as high performance as carbon.

The things that separate the different materials is the damping and weight. Damping is the amount of energy that is lost as the fin bends. A material with high damping absorbs a lot of energy and is inefficient. Imagine a foam mattress. You push your hand into it and as you remove it the mattress slowly moves back to its original position. If you were jumping on this mattress, you wouldn’t get much bounce because the mattress absorbs a lot of energy. This is high damping. On the other hand, think of a spring mattress. You push on the mattress and it instantly springs back when you remove your hand. If you were jumping on this mattress you would get a lot more bounce because the mattress isn’t absorbing as much energy as you bounce – the energy you put into the mattress is returned to you and its easier to bounce on it. This is low damping. It’s the same for fins – a fin with high damping material such as plastic absorbs your energy and kicks take more effort than a fin made from a lower damping material such as carbon fibre. Carbon and fibreglass are both much lower damping than plastic, which is partly why they are the better materials for fins.

The other thing is the mass, or weight of the fins. I think the mass of fins is too often overlooked. A heavy fin will feel sluggish, whereas a lighter fin will feel more responsive. The heavier an object is, the more force and energy is required to accelerate it. Think about a car compared to a truck. The car is lighter, so it accelerates faster with less effort, and it stops easier too. Every time you kick, you are accelerating the fin in the opposite direction. Its going to be easier to do this if the fin is lighter, and that means it will take less energy to kick. The difference between fins might not feel like much when you are holding them, but when you are using them this difference adds up with every kick. Carbon fins are the lightest, fibre glass fins are noticeably heavier, and plastic fins are heavier again.

Do foot pockets make a difference on the performance of the fins?

Foot pockets can make a huge difference. The most important thing is getting a good fit. If they are too loose you won’t be able to transfer as much energy to the fins. If they are too tight, they won’t be comfortable. A light foot pocket will be the most efficient, but only if it fits you well.

Do the shape of the tip of the blade make a difference?

No, I don’t think so. From what I’ve found so far, I don’t believe it makes a significant difference to how they perform. But it is something I want to look into further.

Any advice for beginners for choosing freediving fins?

Don’t over think it. Get a basic set of plastic fins and get out there diving. Watch what others are using and try out as many different pairs of fins as you can and decide what you want to go with based on how they feel for you. When you are ready to get more serious about the sport, start thinking about up grading your fins. 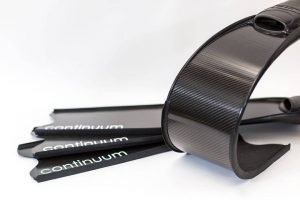 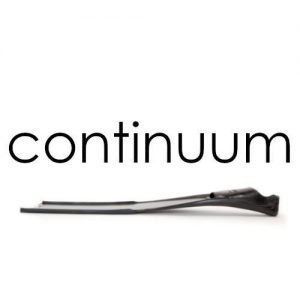